NOTE: This is a continuation post from a previous post where I walked through how I removed the Touch ID sensor from a Magic Keyboard. This post is the conclusion about what I ended up doing with it and how things are going.

Weirdly, this part is a bit more complicated than the first part. Not from a technical perspective but rather a visual one. This is now a thing that will live on the desk as an object you will see daily. Because of this, you kind of want it to be something special.

There were a couple of different options for enclosures..

Option A: I initially thought I would do 3D printing and be done with it. After looking at what others had done in terms of 3D printing, I just wasn’t that into it.

Option B: The second route I went was a wooden enclosure. There is just something neat about electronics encased in a natural material. I have been practicing woodworking for about a year, and I have learned a lot, but I am still not at the level to work at the tight tolerances needed for this kind of project. This is still the option I would like to end up with, but for now, I will need to go another route.

Option C: The solution I ended up going with seems obvious now. It just took me a little bit to land on it. I grabbed a big bin of LEGO and began building the enclosure. LEGO is an excellent solution since it’s so modular, and you can make damn near any shape with it. I started building it as a prototype, but as I got further along, I began to like the look of it! A little while later, I was done, and the results are below. At one point, I had built it with all the cables enclosed, but I actually liked it better with them exposed, so I added some additional mounting to house the cables on the outside.

The best part about this setup is that I can update it and change it over time! 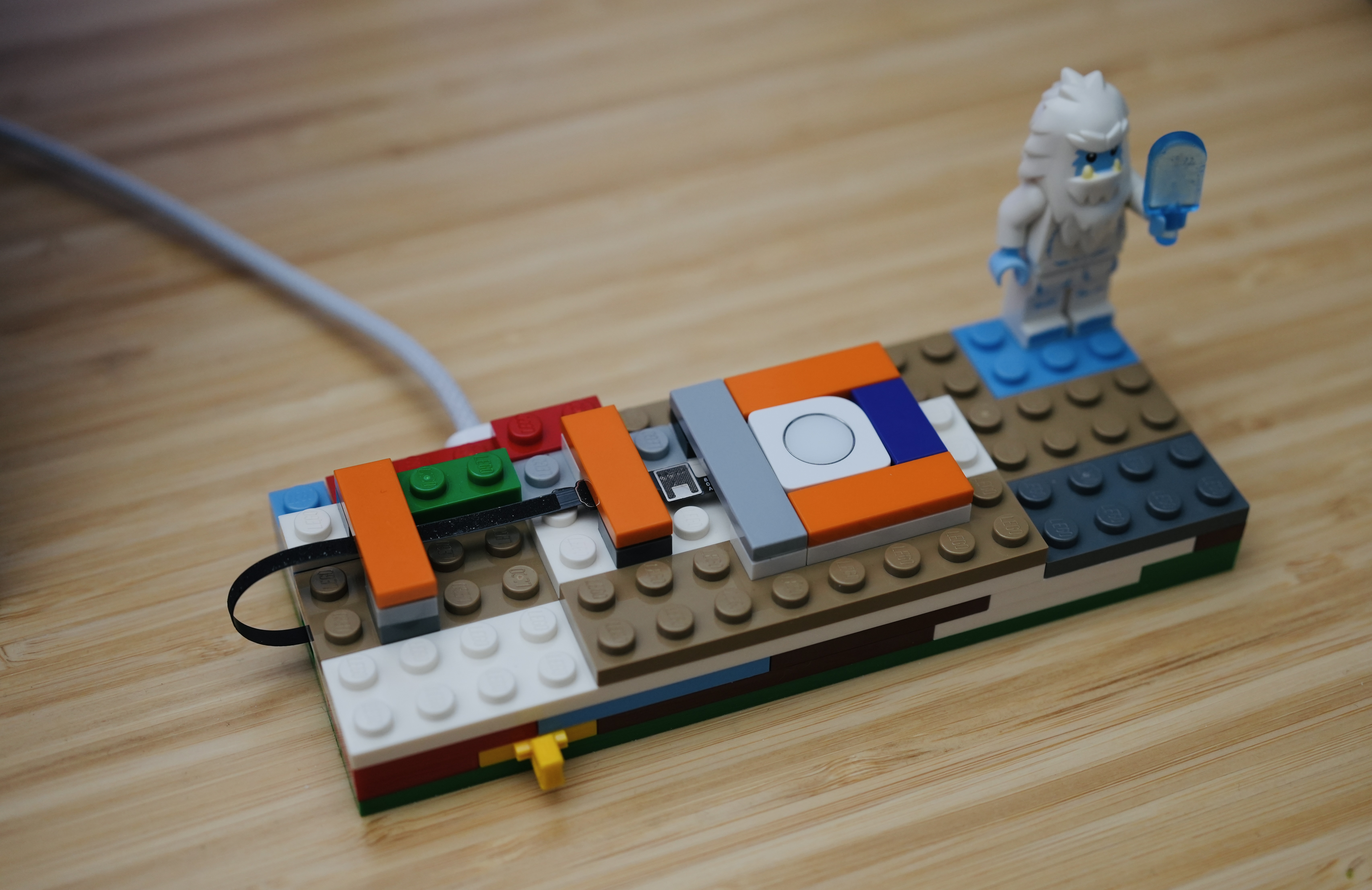 Was it worth it?

I have been using the standalone button for a about a week, and I have to say, it’s just great! When I landed on using the Keychron Q1 full-time (because I absolutely love it), Touch ID was the only missing piece of the puzzle. Now that I have Touch ID again, and not by way of a random extra keyboard on my desk, things are feeling great!

I imagine there will be some tweaks and minor changes going forward, but I feel it’s safe to call part 2 of this series the final part. If you decide to go down this road, I hope some piece of this write up was helpful. Feel free to reach out any time if you have questions or want to share your experiences!