Recently I had a problem come up that needed to be solved with a hardware & software solution. Heads Up Warning: This happened to be a work problem, so I will intentionally be somewhat vague about the content. This may make some of the choices seem weird, but at the end of the day, trust me, it worked for the particular need.

There are three independent video sources that exist in a room. Each of these video sources is a different combination of signal type and resolution (fortunately they are all digital signals). The three video sources need to be composited together into a single feed that can then be streamed live to an undetermined amount of users spread across the globe (10 years ago that would have been scary and really costly, but in 2016, not so much, thankfully). There are a number of different ways this can be accomplished depending on budget, system complexity, and system footprint. I went in with a moderate budget in mind, and a footprint of a single Pelican Case for transport. I wasn't too concerned about complexity since I would be the only person operating the system; it just needed to be repeatable.

Ok, so here is what I did! First let's talk about hardware and how I connected it all. 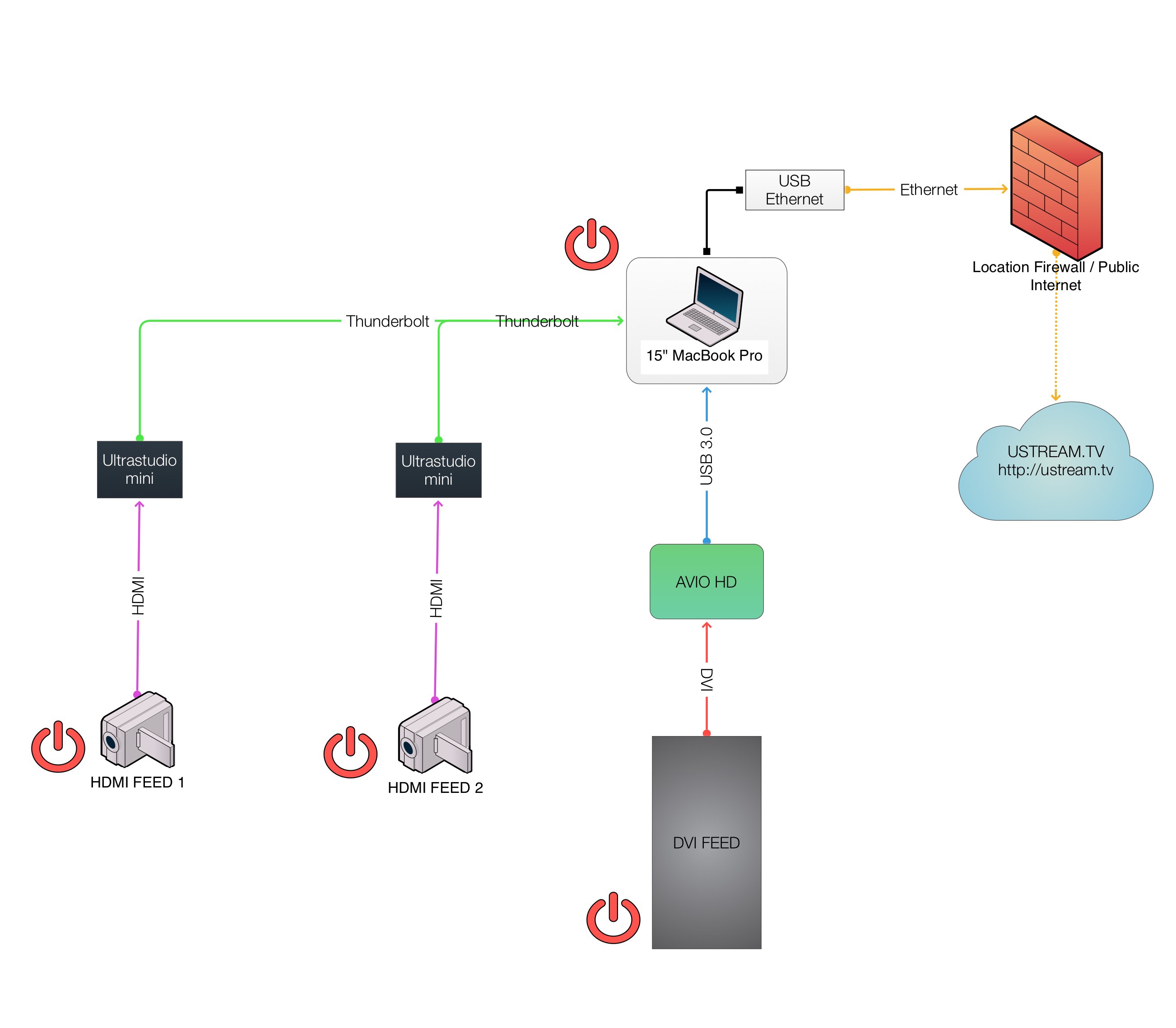 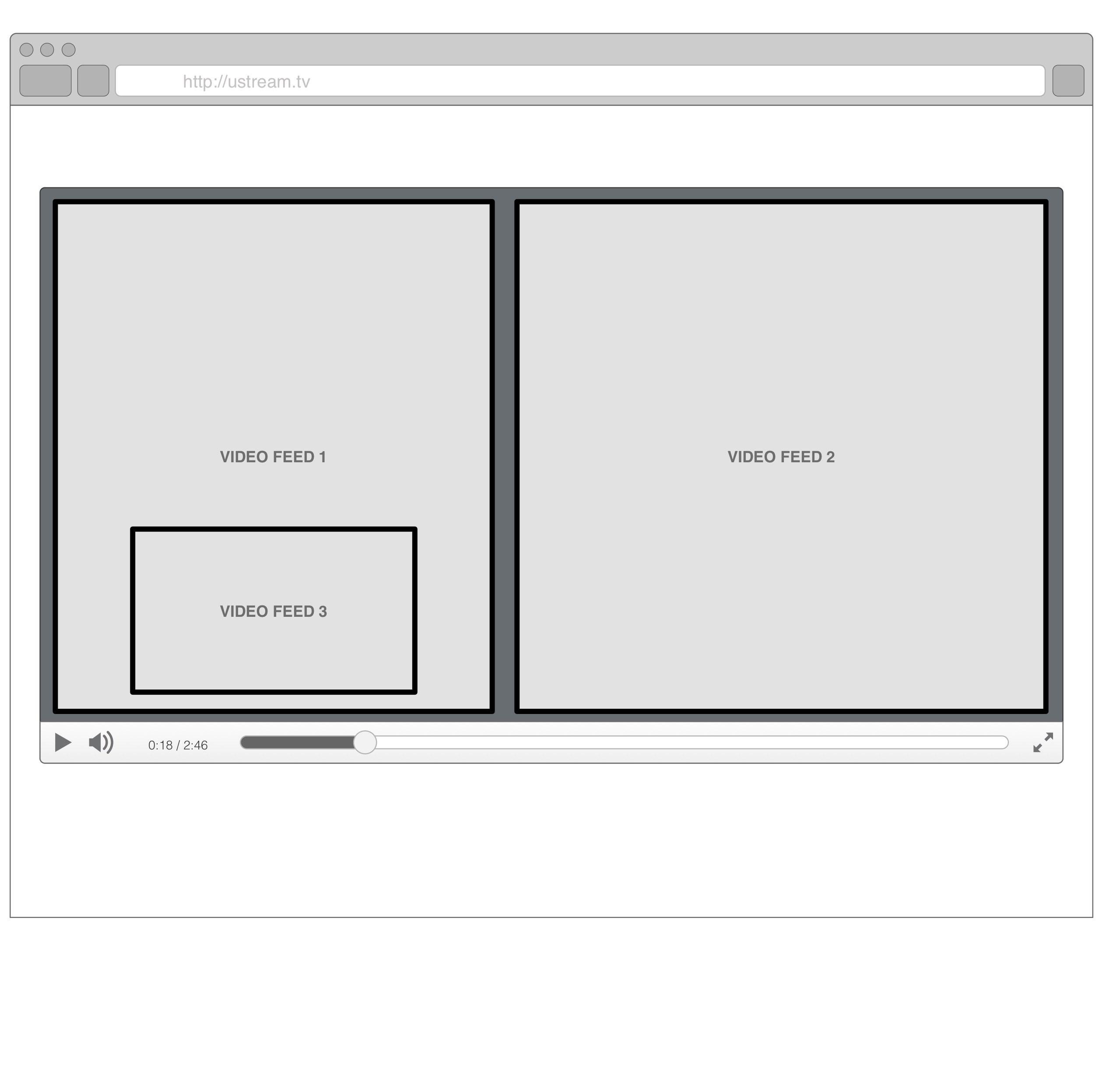 There you have it, live streaming 3 video feeds It was a fun exercise and the result was really great! As always, I hope this was in some way helpful for someone out there looking to do something similar. Feel free to reach out with any questions!